Everyone in the world always have the world change in their own life. Even the change in environment or other thing. But before you change something you need to change yourself.  And here what i have Change this year throughout the exploration.

One of my best exploration this year was an exploration call Historical Symbolism. I’m really proud of myself because i get the some of the meaning of the statue in my country. In Cambodia, every province has at least one statue to represent that province.and there always the meaning behind each statue .In Cambodia, the government plans to put a statue in every province at least one to represent the symbol of that province.

I think it is really important to know every statue in our country because some of the statue in our country are representing other things such as the unique product in each province, animal, culture and others. Imagine that you live as Cambodia when you walk outside people try to ask you what it the meaning behind the statue that they are seen and you didn’t even know the meaning of the statue in your own country. You can feel how it really embarrassing.

After the end of the exploration we have the final product that we put all the information that we get in to the geography book to show case about the wonder of Cambodia and also to give more information to the people in Cambodia to get more idea about the meaning behind each statue in Cambodia.

“Change”  is an ordinary word but it’s have powerful meaning that people never knew how powerful  it is. Like the quote says, “ your life does not get better by chance, but it gets better by change” From Jim Rohn an American entrepreneur, author and motivational speaker. In my intellect it mean that even though people have a lot of chances in their life but if they don’t change their old perspective with it everything it was still the same. And when we want phenomenon to change we must collaborate together to help the country change.

Cambodia is a country that is starting to develop right now. Through this is my 3rd year at Liger I have done one of the exploration which  is “ Indigenous Community” .

Even though it doesn’t relating a lot to change Cambodia but it is also a piece of the helping and changing in it. And that also have change their perspective when their want to change their old traditional to keep in mind that even if I change but I should keep the traditional for the next generation to know about it too. And we have creating the book . and the book is also some of the information that people can read it and get some idea about the old traditional of indigenous too. 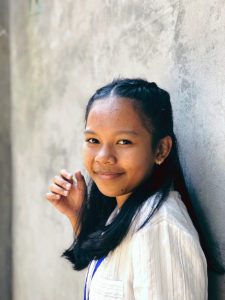